The tower needed to be re-pointed around the belfry openings, but when the scaffolding was erected it was clear that the stonework was in worse condition than we had originally thought.  Much of the surface was flaking off, and some of the joints were completely open. 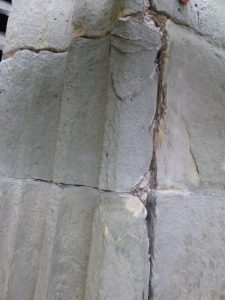 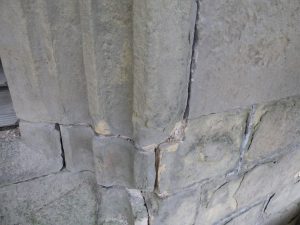 We decided to do the extra work within the current contract while the scaffolding was in place.  The contractors made best use of a mild period of weather in February to carry out the pointing work.

Areas of damaged stone were given mortar repairs, and the larger areas of damage were reinforced with tile slips – “galletting”. 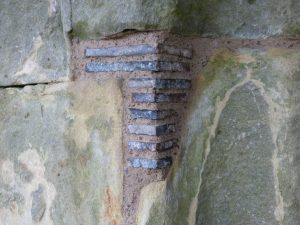 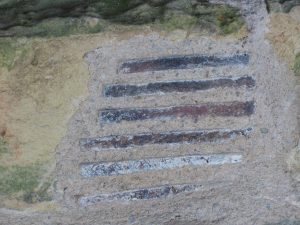 We are most grateful to Shropshire Historic Churches Trust for the offer of a generous additional grant to cover the cost of this extra work.